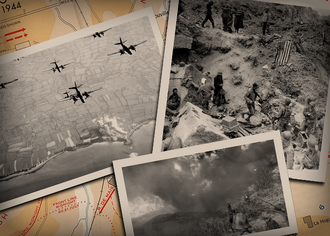 Rangers Lead The Way is a scenario in Back to Hell, set at Pointe du Hoc on June 7th, 1944.

Rangers lead the way covers the American rescue attempt to relieve the besieged Rangers at Pointe du Hoc on D-Day +1.

After performing their famous cliffs climbing in the face of the enemy, considered by many as a suicide operation, two companies from 2nd Ranger Batallion at Pointe du Hoc became out of touch with the rest of the invasion army. Considered dead by most, it was not until the next day that a relief column moved from Omaha to secure the position and save what could be of the assault force.

When learning that the place had been captured and was still held by captain Rudder's men, the relief column rushed to the rescue …

"Ignoring enemy defenses along the coast, the relief column kept its combat pace despite enemy fire and bombardment, to the amazement of the Germans who called it a « crazy march ».

But were the Germans couldn't stop or even slow down the relief column, conflicting orders and rumors did. The column's commander, upon being told that a German counter-attack had wiped out the Omaha beachhead and that Panzers were coming on his back, refused to abandon his mission but couldn't entirely dismiss the news. Halting his column, he went on a personal reconnaissance back to Vierville, where he learned that no German Panzer had been seen.

Being too late to keep marching in the dark, the column only resumed its advance on the next morning, reaching the survivors at the Pointe du Hoc on D-Day +2. There, decimated and out of ammo, the surviving Rangers had resolved to use German machine-guns to defend themselves, prompting tragic friendly-fire incidents when the relief column arrived and fired at « German MG nest ».

Out of the 225 Rangers who assaulted the Pointe, only about 90 were still able to fight, and out of them, just 51 unscathed. 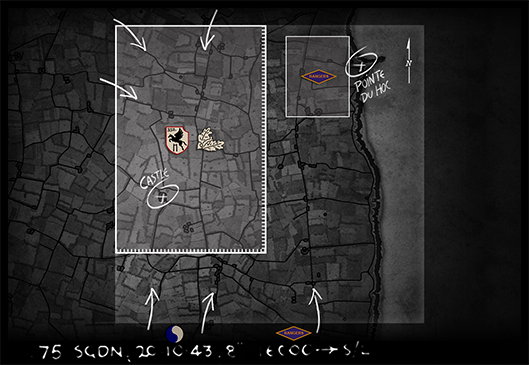