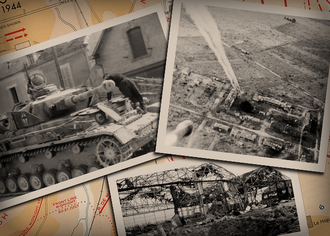 Operation Windsor is a scenario in Back to Hell, set on the Carpiquet airfield on July 4th, 1944.

Operation Windsor covers the Canadian attempt at reducing the Carpiquet airfield salient held for a month by 12. SS-Panzer.

On July 4th, in the wake of a tremendous artillery barrage, the 3rd Canadian Infantry Division, supported by the tanks of 2nd Canadian Armored Brigade, launches a two-pronged attack on Carpiquet & its airfield.

But capturing the village in close combat is one thing, crossing the runway in the face of 88mm guns is another …

Despite a staunch resistance from a reduced company of young SS-Panzergrenadiers, the two Canadian battalions sent against Carpiquet village managed to secure the city after two hours of house-to-house fightings with the help of British 'Funnies', then held it all day against German counter-attacks.

Things didn't go as well for the lone Canadian battalion sent against the hangars, which soon got several of its supporting tanks knocked out in the open by a German 88mm or dug-in tanks. After the initial assault got stopped in its tracks, a second one later in the day secured the hangars ...

... but the control buildings proved too tough a nut to crack. Attacking in the wake of the fall of the hangars with massive air support, the Canadian tanks had to nonetheless move across the landing strip, completely in the open and in view of the German tanks & AA guns. After losing a dozen Shermans in short succession, the attack was called off.

Although most of the airfield was now in Canadian hands, Operation Windsor's goal of completely removing the German salient at Carpiquet wasn't met. 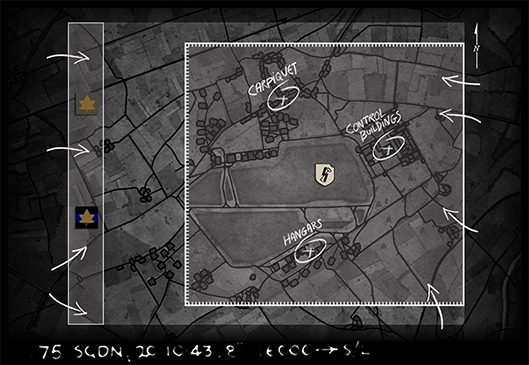