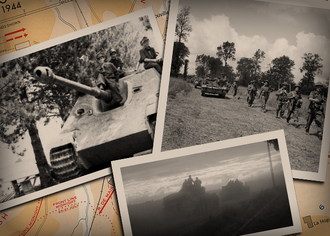 Operation Bluecoat is a scenario in Back to Hell.

Operation Bluecoat covers the final British offensive which broke the German front in the wake of the successful American Operation Cobra.

Striking at the boundary between the German Panzergruppe West & 7. Army and barely a week after the elite 2. Panzer holding it was replaced by the inexperienced 326. Infanterie-Division, the British troops had a field day breaking through the German front.

That was, before some Jagdpanthers unexpectedly showed up on a rampage ...

The inexperienced 326. Infanterie-Division couldn't withstand the Allied offensive, being quickly brushed aside by the joint effort of 15th Scottish Infantry Division & 6th Guards Tank Brigade, thus allowing for the liberation of La Londe in the first hours of the offensive.

But the neighbouring 43rd Infantry Division, which was supposed to secure Cahagnes on the first day, was delayed by minefields & unfavourable terrain, preventing the city to fall on schedule.

By a twist of fate, it is this delay which allowed three Jagdpanthers to attack from Cahagnes into the left flank of 6th Guards Tank Brigade, only screened by a squadron of Churchill left near the city. In a matter of minutes, a dozen Churchills were bursting in flames … Cahagnes was to remain German until the next day!

Nonetheless, Bluecoat was a clear British victory, both breaking through the center of the German AND tying there troops which were supposed to take part in Unternehmen Lüttich, the failed counter-offensive against the Americans near Mortain. 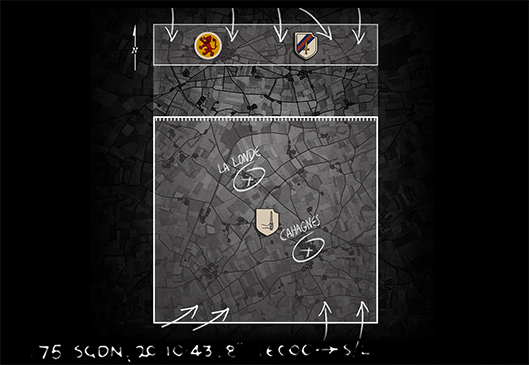