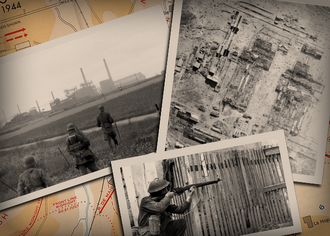 Operation Atlantic is a scenario in Back to Hell, set at Colombelles on July 18th, 1944.

The objective was to secure the Bourguebus-Verrières Ridge South of Caen to deny the Germans any chance of holding the city any longer: while British armored divisions were to charge in open country East of the Orne River, the Canadian infantry was to advance alongside the river, securing the tanks' right flank.

But from the start, things didn't go as planned, and the British armored divisions quickly went behind schedule, giving the Germans time to recover from the preliminary Allied bombardement and forcing 11th Armoured, the leading British armoured division, to leave its infantry behind to deal with pockets of resistance …

Briefly liberated but quickly abandoned twice on June 6th & 7th, Escoville had to wait for Operation Atlantic to be liberated almost without a fight on the wake of the preliminary barrage.

The Canadians had been ordered to secure Colombelles village and its steelworks (or the ruins of it) at all cost … and so they did. Despite heavy casualties, they secured the village at 5 PM, while another battalion entered the steelworks just before dusk: the hunt for German snipers and isolated pockets of resistance went on all night, but the steelworks was definitively in Canadian hands the next morning.

The Northern outskirts of Giberville were captured by the Canadians, but had to be abandoned in the face of an incoming Allied barrage, before being reoccupied later. By the end of the day, only part of the village was really secured. 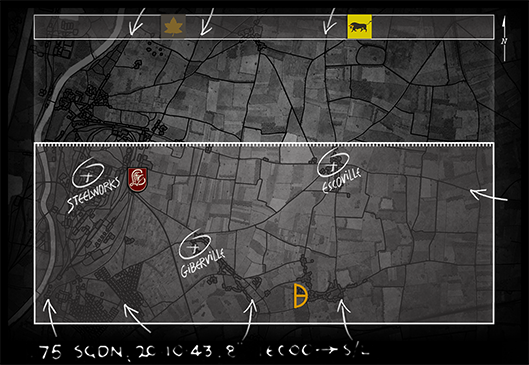