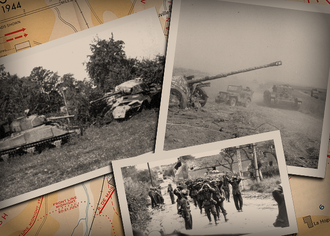 A Polish Battlefield is a scenario in Back to Hell, covering the closing of the Falaise Pocket on August 21st, 1944.

A Polish Battlefield covers the climax of the Normandy campaign, when the converging Allies armies trapped the German Seventh Army in the Falaise Pocket.

When a battlegroup from 1st Polish Armoured Division occupied Mont-Ormel on August 19th, it effectively sealed the trap on the Germans. But what could 2.000 Poles against 150.000 Germans seeking to escape?

To do so, the Germans within the pocket organized all the troops still in fighting conditions in two columns: most of the armored vehicles in the South under a core of 1. & 12. SS-Panzer elements, and most of the infantry under 3. Fallschirmjäger control in the North. On June 20th, coordinating with an attack by (what was left of) II. SS-Panzer-Korps from outside the pocket, those columns hurled themselves at the Poles to overrun them on their way to freedom.

Meanwhile, Allied reinforcements were on their way from both North & South to link with the beleaguered Poles attacked from East & West.

Desperate to break out, the trapped Germans hurled themselves at the Polish battlegroup: settling centuries-old scores, the two opponents knew better than to ask (or grant) quarters to their bitter enemies.

The German tide was so overwhelming that it enveloped the Polish position on top of Mont Ormel, reducing it to almost nothing … yet the Poles kept fighting.

When the Poles finally ran out of ammunition, they had to fight off the remaining waves with rifle butts or knives. Dead enemies were found mixed together in the same trenches, and German corpses had to be removed from the top of Polish tanks they had been climbing on to take them out hand to hand.

Meanwhile, the American 90th Infantry Division and Polish battlegroup Zgorzelski were fighting to hold Chambois, sealing the Southern part of the pocket and preventing most germans from escapaing, all the while trying to extend a hand toward the trapped Poles on Mont Ormel.

Already fighting in Saint-Lambert to seal the Northern part of the pocket, 4th Canadian Armoured Division was both too weak and too late to completely seal the Northern route, allowing many Germans to escape to freedom. Yet, Canadian heavy artillery, masterly directed from inside the Polish positions by Captain Sévigny, proved essential to the survival of the defenders.

Finally, the attack from outside the pocket by elements from II. SS-Panzer-Korps failed to crack the Polish position, but manage to help to create a corridor in the Northern part of the battlefield through which several thousand German soldiers, including commander-in-chief Paul Hausser, managed to escape the trap. 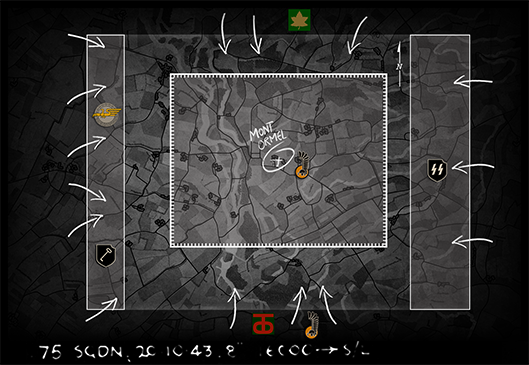